We’re continuing the foundational building blocks behind supporting an overworked nervous system from anxiety or stress as well as using these as an ongoing preventative framework. A well-rested, calm brain and nervous system is so much more resilient in dealing with life’s situations and worries, so let’s get back to the basics and help it out. 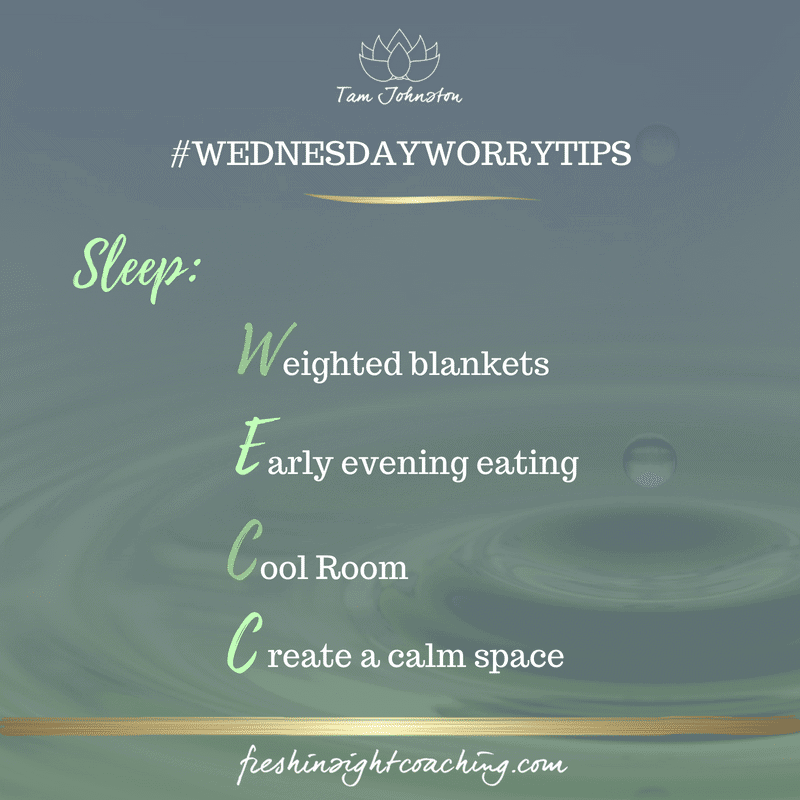 1. Think about using a weighted blanket. Yes, really! They’ve been used with children with a great calming effect for years as they cause us to feel more grounded and calm the overstimulated nervous system down. There are a lot of studies of its benefits in anxiety and similar disorders including stress whereby people to reported lowered anxiety symptoms. The blankets stimulate the release of serotonin and a reduction in and cause a decrease in heart rate and blood pressure, all of which result in the calming effect and health benefits for the body, along with a far better chance of quality rest.

2. Allow at least two hours after food before you go to sleep. You’ve probably experienced it. Going to bed on a full stomach and being hyper-aware of our stomach digesting food rather than the soothing feeling of our comfy bed. The timing of food intake has been shown to significant effect on sleep patterns. Avoid high carb and fatty foods in your evening meal, aim for lighter, low-fat evening meals, as eating more in the evening hours, near to bedtime, can result in disruptions to healthy sleep patterns and a deterioration to several measurements of sleep quality. The moral of the story… resist those late night takeaway urges and eat before you go out to prevent midnight carbonara feasts!

3. Ensure a cool room (between 17 and 19 degrees or around 65ºF approx) and use blackout curtains/blinds and ear protection as necessary. Use fans or ensure a throughput of breeze in the summer months and seeing as we’re getting back to basics – wear natural fibres such as bamboo or cotton rather than sweaty synthetics. Unpleasant but true!

4. Create a technology free, calming space in your bedroom. Your brain learns by association (that old Pavlov dogs bell – saliva concept). So condition your brain to learn that when you walk into that space it is associated with calming down and sleeping…as opposed to watching (and feeling the effect of) late-night horror movies and the stimulation of technology. We (and your brain) are quick learners, so condition it for sleep, wind down, calm and rest. It’ll catch on. It’s clever like that!

So that’s the basic foundations around sleep to support a nervous system that is stressed or anxious. They’ll be lots of others further into the series that crossover, but for now, prioritise good quality sleep for yourself. That alone is one the best things to diminish worry and stress.

TIPS IN THE SERIES 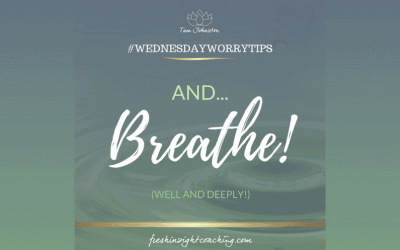 When stress, tension, anxiety or panic kicks in, the first thing to respond is our breathing. Most of us have heard ‘and breathe’ yet, how many of us know ‘how’ or truly give it the adjustments it needs?

END_OF_DOCUMENT_TOKEN_TO_BE_REPLACED 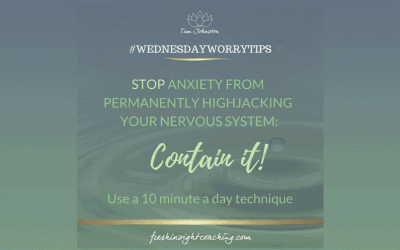 WEEK 11 – Find a container for anxiety

This tip will help you find a way to contain your anxiety.

END_OF_DOCUMENT_TOKEN_TO_BE_REPLACED 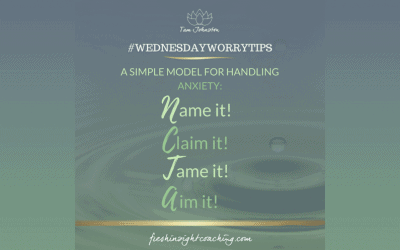 WEEK 10 – A model for handling anxiety

A simple and easy model to work with anxiety.

END_OF_DOCUMENT_TOKEN_TO_BE_REPLACED 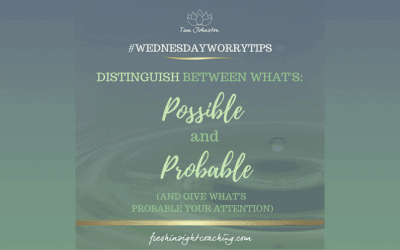 WEEK 9 – An important distinction to make in anxiety

With anxiety there’s a distinction to make between what’s possible and probable. Focusing too much on every possibility causes a lot of unnecessary worry.